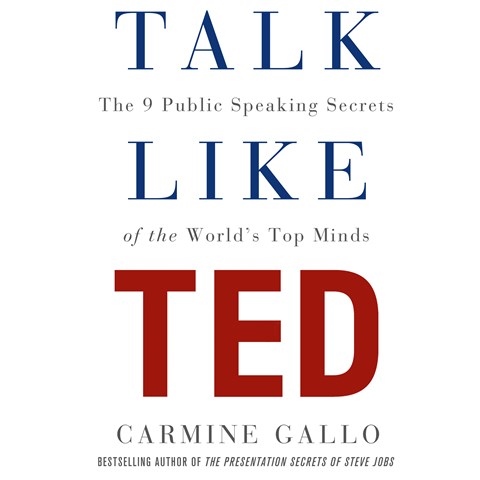 Narrating his comprehensive public-speaking lesson, former CNN newscaster Carmine Gallo too often drifts into his TV speaking style—a repetitive pattern of standard-sounding phrasing that makes his voice, at least, sound disengaged. But with this sort of speaking so ubiquitous in teleprompter broadcasting today, most listeners will quickly adapt, be moved by his earnest desire to be useful, and soak in the many good ideas he offers. The nine influential features of successful talks he describes were abstracted from speaking-impact research and his own analysis of successful TED talks over the years. Full of memorable stories and insights, these features come across as an almost stream-of-consciousness narrative that has emotional impact as well as offering some specific tips and tools. T.W. 2015 Audies Finalist © AudioFile 2015, Portland, Maine [Published: FEBRUARY 2015]