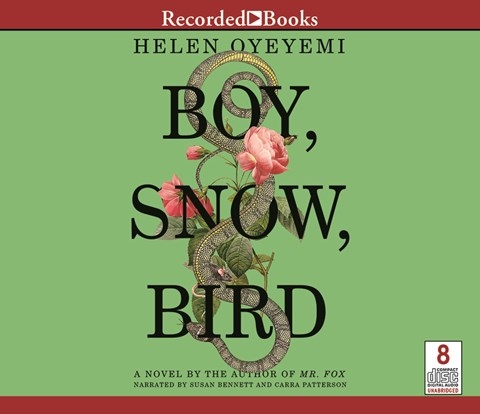 An unusual audiobook deserves distinctive performers, and this one deserves a blue ribbon for its fascinating efforts on both fronts. After a striking opener involving a rat catcher and a daring escape, Susan Bennett, as Boy, the first narrator, grabs the listener and never lets go, for better or worse. Bennett's tone has a paradoxically vulnerable edge that suits the character. Later, Boy's daughter, Bird, takes over the story, and narrator Carra Patterson has her turn to shine. Both performers create vibrant, memorable voices for their characters as the twists of the story wind beguilingly into one's ears, demanding one's full attention. The story itself has strengths and weakness, but the audiobook is certainly worth a listen. L.B.F. © AudioFile 2014, Portland, Maine [Published: APRIL 2014]