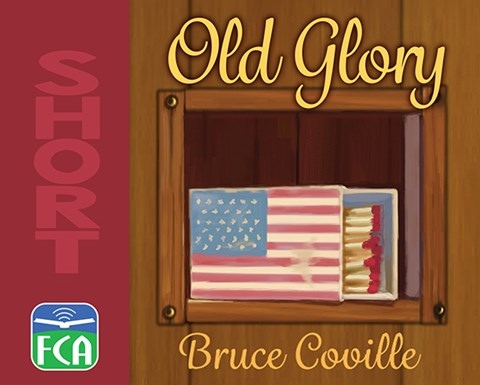 A spirited rendering of the "Star-Spangled Banner" begins this startling story, which is set in the U.S. in 2041. Spencer Murphy narrates a true-to-life picture of an American family as 90-year-old Great Grand Da laments a new law that forbids the freedoms of religion, speech, and assembly. When an angry and disgusted Grand Da protests in the town's square, his great grandson Donald's fear is audible. Donald questions his relative's right to protest the law and calls to report him to the "uncles" who oversee all citizens (for their own good). A shocking conclusion and a much-less-robust-sounding National Anthem end this disturbing work. S.G.B. © AudioFile 2014, Portland, Maine [Published: MAY 2014]