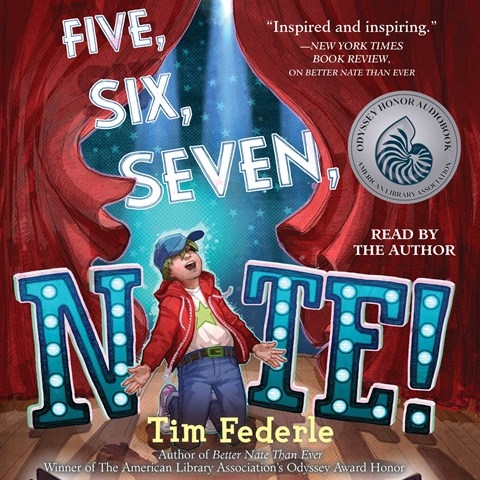 Once again, as author and narrator, Tim Federle captures all of the angst and exuberance of middle-schooler Nate Foster. Young Nate is on a quest for Broadway stardom—as listeners learned in BETTER NATE THAN EVER, a 2014 Odyssey Honor book. In this new audiobook, Federle manages both nuance and melodrama as Nate, having landed an understudy role in E.T.: THE MUSICAL, discovers that auditioning is easy compared to the hard work of rehearsals and navigating the hypocrisy and jealousy of others in the theater world. Federle’s delivery reflects his familiarity with the characters. His pacing and inflection will have listeners feeling they’re right there with Nate and the rest of the raucous crew, both backstage and offstage. Issues of family, friendship, and sexual awareness are handled with humor and sensitivity, making this a worthy recipient of a 2015 Odyssey Honor. S.G. Winner of AudioFile Earphones Award © AudioFile 2016, Portland, Maine [Published: JANUARY 2016]