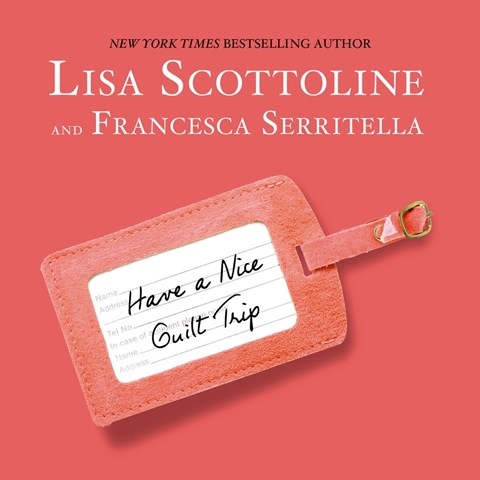 HAVE A NICE GUILT TRIP

Mother and daughter authors Scottoline and Serritella give an entertaining, down-to-earth narration as they reflect on various aspects of their lives. Scottoline’s electric performance is worthy of a stand-up comedian, especially with her impersonation of her cantankerous and outspoken mother—aptly named Mother Mary. Scottoline’s spunky voice and perfect pacing make for a hilarious delivery of her tongue-in-cheek views of everything from adult diaper rash to Weiners in Washington. While Scottoline’s act is a hard one to follow, Serritella manages to hold her own with an amusing and heartfelt narration. The interview that follows the book adds to the likability of the narrators/authors and one’s appreciation of the vignettes. M.F. Winner of AudioFile Earphones Award © AudioFile 2014, Portland, Maine [Published: JULY 2014]