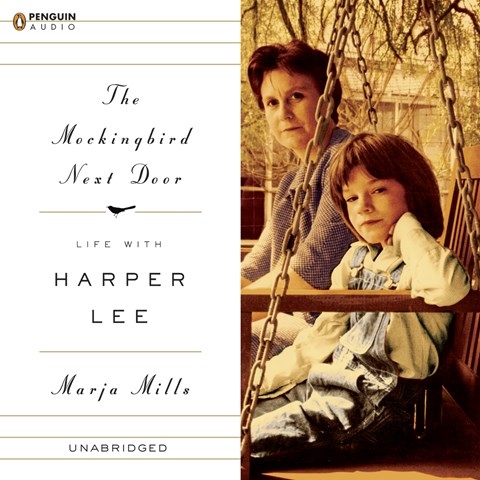 THE MOCKINGBIRD NEXT DOOR Life with Harper Lee

A lovely voice, sincere characterizations, and an engrossing story make this an exceptional listen. Narrator Amy Lynn Stewart delivers a tender interpretation of literary giant Harper Lee (TO KILL A MOCKINGBIRD) and her extraordinary older sister, Alice. Author Marja Mills, a journalist for the CHICAGO TRIBUNE, sought to find out why, after great acclaim, Harper Lee dropped out of the literary spotlight and never wrote another book. She traveled to Monroeville, Alabama, but really didn’t expect to get an interview. To her amazement, Alice, an 89-year-old working attorney, welcomed her. It wasn’t long before their “off-the-record” friendship began. Eventually, both Lees asked Mills to relate their reminiscences “to set the record straight.” Stewart expertly differentiates between the sisters in this compelling biographical memoir. S.J.H. Winner of AudioFile Earphones Award © AudioFile 2014, Portland, Maine [Published: JULY 2014]