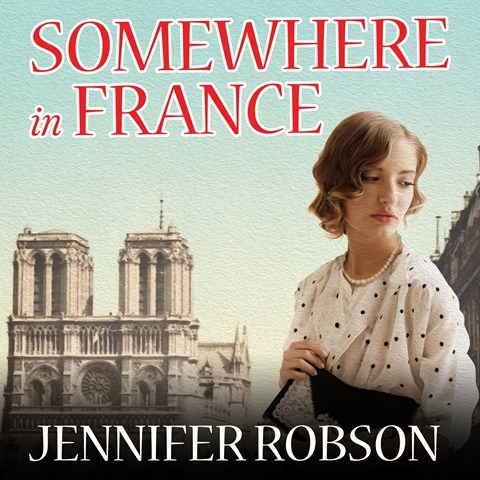 SOMEWHERE IN FRANCE A Novel of the Great War

Lady Elizabeth Neville-Ashford (Lilly) defies her aristocratic parents by becoming an ambulance driver in France during WWI. While there, she becomes reacquainted with her brother’s best friend, Robert Fraser (Robby), a Scottish surgeon, and sparks begin to fly. Narrator Alison Larkin reads this historical romance with a relaxed, even pace and perfect enunciation, sounding as if she savors every sentence. Although the story is somewhat formulaic, Larkin’s thoroughly engaged narration makes it worth listening to. Perfect accents include Robby’s Scottish brogue, Lilly’s British accent, and the various regional and international accents of people they encounter during the war. Larkin makes this into an éclair of an audiobook—not filling, but enjoyable as it goes down. M.M.G. © AudioFile 2014, Portland, Maine [Published: OCTOBER 2014]