Home»Reviews»THOSE WHO WISH ME DEAD 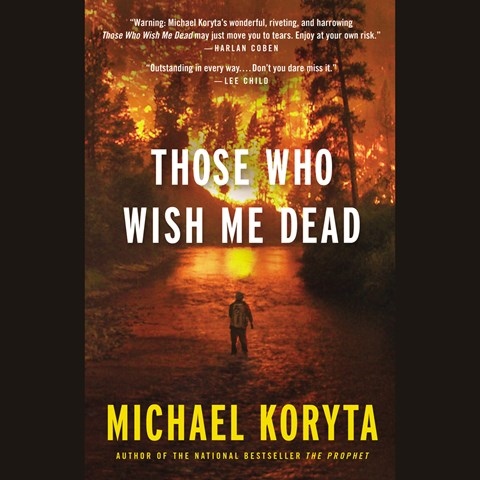 THOSE WHO WISH ME DEAD

Robert Petkoff flexes his considerable vocal talents in this thriller, set mostly in Montana. He’s convincing as bewildered teen Jace Wilson, witness to a murder who is now being hidden from his killers in a wilderness survival program. Petkoff’s characterizations of the murderous Blackwell brothers will send shivers down every listener's spine. The suspense is almost unbearable, and Petkoff's timing never falters as Jace flees through the mountains with fire and the killers at his heels. He finds an ally in fire watcher Hannah Faber. Petkoff draws listeners into this thrilling story of survival and doesn’t let go. C.A.T. 2015 Audies Winner © AudioFile 2014, Portland, Maine [Published: MAY 2014]