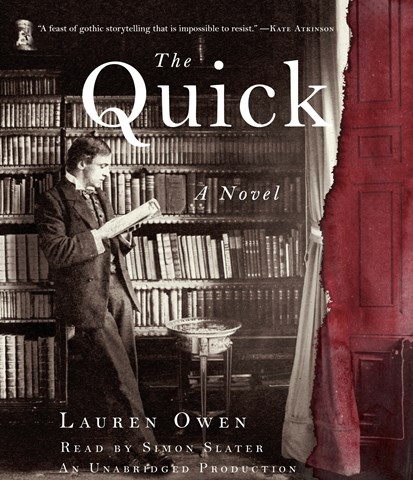 Narrator Simon Slater has the perfect upper-class British accent for this Victorian vampire tale. Vampires have their own private club in London. When a young poet named James gets “turned” by an impetuous club member, James’s friends and family seek a cure for him. Slater uses his rich voice to deftly portray every character—from the posh club members to the smug medical doctors who seek more knowledge of James’s “disease.” The story is told from the alternating points of view of various characters, including the journal entries of one of the doctors, but listeners will never be lost, thanks to Slater. His American accent is rather twangy and tends to bleed back into British tones, but, overall, he expertly conveys this moody tale. G.D. © AudioFile 2014, Portland, Maine [Published: JUNE 2014]