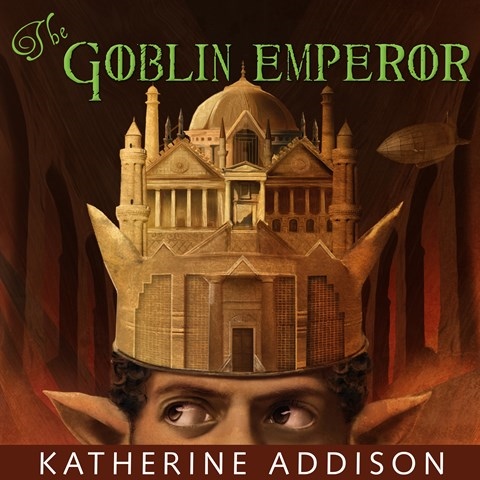 Narrator Kyle McCarley vividly portrays the fast-paced education of Maia, the young half-goblin son of the Emperor, who is thrust from exile to the throne when his father and his three favored brothers are killed. As Maia becomes acclimated to the intrigue of the court, McCarley reflects the changes in him and in those around him. The many sycophants at court give McCarley an opportunity to draw on a deep store of voices from many classes and backgrounds. He handles the complicated names and titles with ease and creates an atmosphere that draws the listener into this compelling tale. J.E.M. Winner of AudioFile Earphones Award © AudioFile 2015, Portland, Maine [Published: JANUARY 2015]