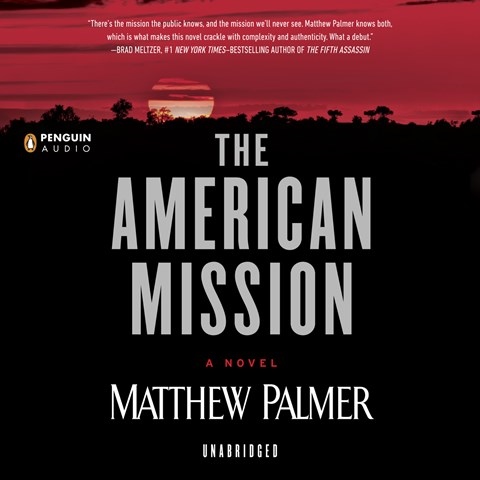 Conspiracy, intrigue, and politics collide when Alex Baines, a 20-year career diplomat, witnesses a massacre in Darfur in this debut thriller set in the Congo. The political fallout strips Baines of his security clearance, destroys his reputation, and ruins his career. Narrator Erik Singer's versatile range and skill capture Baines’s elation when he's unexpectedly reassigned to the Congolese-American diplomatic mission. Singer's polished performance crackles with authenticity in his portrayal of Baines’s dealings with international mining interests, Congolese rebels, an imperial dictator, invading Sudanese rebels, and opposition in his own embassy. His realistic portrayal of Baines's hostage negotiation with the terrorist leader known as “the Hammer of God" is chilling and believable. G.D.W. © AudioFile 2014, Portland, Maine [Published: OCTOBER 2014]