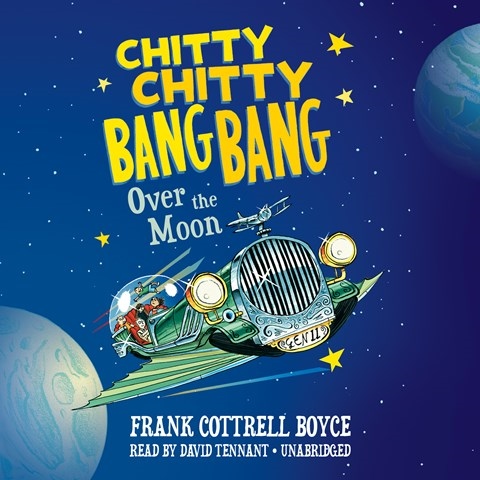 Narrator David Tennant has a whale of a time performing the wacky adventures of the Tooting family and the magical car, Chitty Chitty Bang Bang. The production is joyous and high spirited and appropriately over-the-top. The Tootings are stuck in 1966; while they watch the only English victory in the World Cup, Tiny Jack, the most famous car thief in the world, steals Chitty. Getting back to their own time requires visiting the North Pole, going into space, and locating the original Chitty. Tiny Jack screeches in a high pitch for attention; he really just wants a family. Tennant is fully versatile as he creates voices for the proper Colonel Pott, the genial Mr. Tooting, clever girls, and a boy who whips out a compass or flashlight or space map whenever the need arises. A.B. © AudioFile 2015, Portland, Maine [Published: JULY 2015]