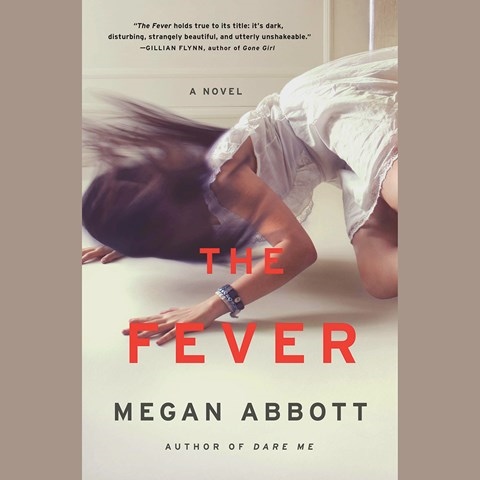 Abbott’s new novel about a mysterious illness that strikes high school girls is performed by a trio of narrators: Caitlin Davies (the teen daughter), Kirby Heyborne (the older teen son), and Joe Barrett (the father, a science teacher). This casting works wonderfully to illustrate the alternating points of view in the novel. The combination of styles emphasizes the generational differences between these characters as well as their varying perception of events. Davies embodies the drama of the high school girl, which contrasts with the apathy of the teen boy. Barrett exudes the age and wisdom of the father as well as his rose-colored impression of his children. The novel itself is anti-climatic, but the performances make this audiobook engaging. J.F. © AudioFile 2014, Portland, Maine [Published: OCTOBER 2014]