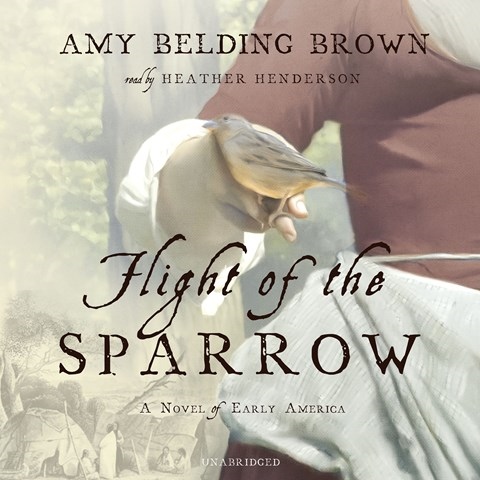 FLIGHT OF THE SPARROW A Novel of Early America

Narrator Heather Henderson presents this carefully constructed portrait of Mary Rowlandson, a woman who was sold into service to a local native tribe in the early years of the Massachusetts Bay Colony. Henderson captures Mary’s conflict between her strict Puritan upbringing and her terror and heartbreak at the loss of her world and her family. As Mary forms connections with the natives, especially the English-speaking James Printer, her changing feelings are made clear and sympathetic. Henderson’s delivery sometimes obscures the deeper emotions and subtleties of the narrative, but her characters are easily recognizable. Listeners are slowly but surely drawn into this remarkable story. B.E.K. © AudioFile 2014, Portland, Maine [Published: NOVEMBER 2014]