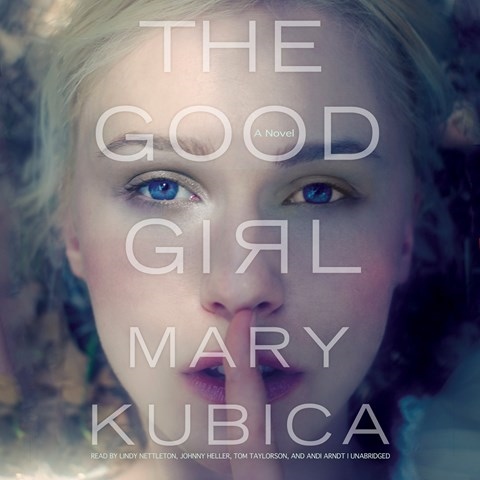 Narrator Johnny Heller is featured as Detective Gabe Hoffman in this gritty thriller for listeners with nerves of steel. On a scary autumn evening, Mia Dennitt is kidnapped. Hoffman and Mia’s mother search for Mia, who is taken to a freezing cabin in upstate Minnesota. Tom Taylorson delivers the kidnapper’s story of love and betrayal in hard, cold tones. In contrast, Lindy Nettleton’s soft British voice conveys the mother’s horror over the abduction of her daughter. The narrators alternate chapters, describing events before and after Mia's rescue. Mia’s character, portrayed by Andi Arndt, is silent until the epilogue, the final 15 minutes of this sad story of a broken home and betrayal. This chilling mystery tugs at the heartstrings. M.B.K. © AudioFile 2015, Portland, Maine [Published: FEBRUARY 2015]