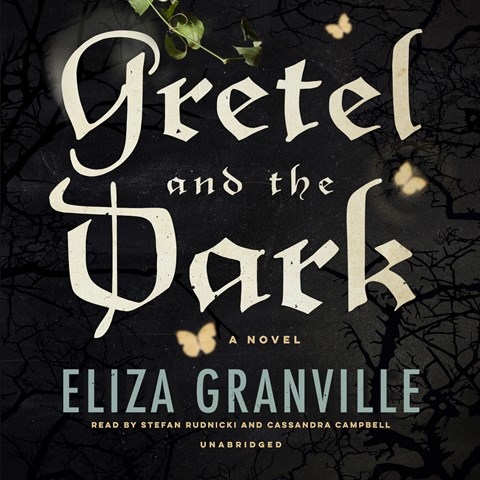 GRETEL AND THE DARK

This book weaves two stories: one set in Vienna in 1899, narrated by Stefan Rudnicki; the second set in Germany in the early 1940s, narrated by Cassandra Campbell. Having two narrators helps the listener follow two plots that become entwined as the story progresses. Rudnicki deftly portrays a staid psychoanalyst with a somewhat pedantic and detached attitude who encounters a puzzling patient in Vienna. Campbell portrays a naïve, young woman in Germany years later who lives in her imagination, which is full of dark fairy tales. Campbell’s steady narration intensifies the contrasts between appearance and reality, hope and despair as she creates an understated and haunting atmosphere. J.E.M. Winner of AudioFile Earphones Award © AudioFile 2015, Portland, Maine [Published: JANUARY 2015]