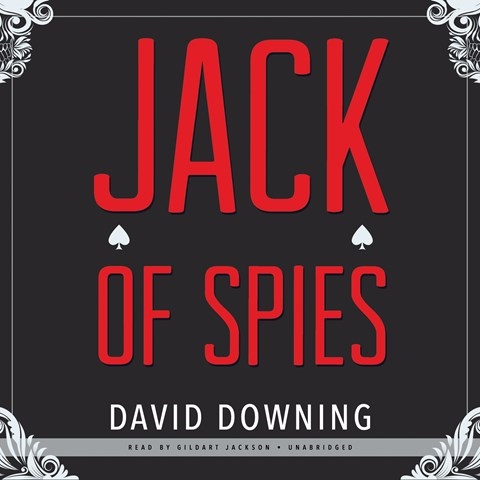 In this sparkling production, set just before the outbreak of WWI, narrator Gildart Jackson employs his husky baritone to capture the many facets of Jack McColl. He supplies confidence to the Scotsman’s persona as a luxury car salesman and provides caginess to Jack’s alter ego as a novice agent in Britain's fledgling intelligence service. Jackson’s voice clearly reflects the conflict McColl feels when his spying clashes with his budding relationship with Caitlin Hanley, an Irish-American journalist. While Jackson delivers a strong portrait of McColl, his depiction of Caitlin, as well as those of other secondary characters, isn’t as distinctive. However, portraying McColl, Jackson takes listeners around the globe to China, San Francisco, New York, London, and Dublin, weaving a measured accounting of how one man fights the good fight, despite obstacles and misgivings. D.E.M. © AudioFile 2014, Portland, Maine [Published: JUNE 2014]