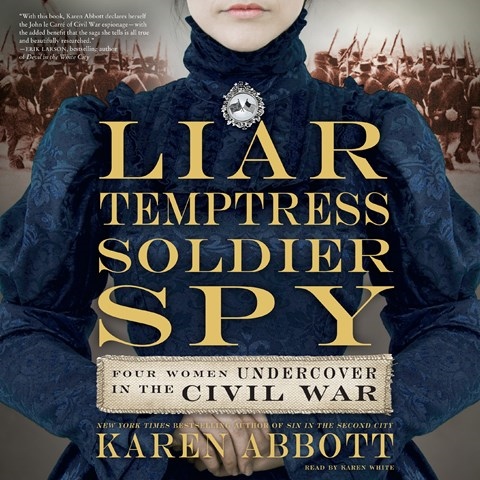 Being involved in the Civil War proved to be a mental burden for two of the four women profiled in this history. One spent time in an asylum, and another was known postwar as "Crazy Bette." Karen White's gentle voice creates a contrast between the traditional roles expected of women and the actualities of these women’s lives. The stories, such as a spy being taunted while in a prison cell and the daily anxiety of a Northern informer in Richmond, read almost like fiction or drama. White’s voice becomes coquettish or tough, depending on the story. Although this work concentrates on four specific women and their heroic parts in the war, the account offers glimpses into the lives of women in general on both sides of the Mason-Dixon Line. J.A.S. © AudioFile 2014, Portland, Maine [Published: OCTOBER 2014]