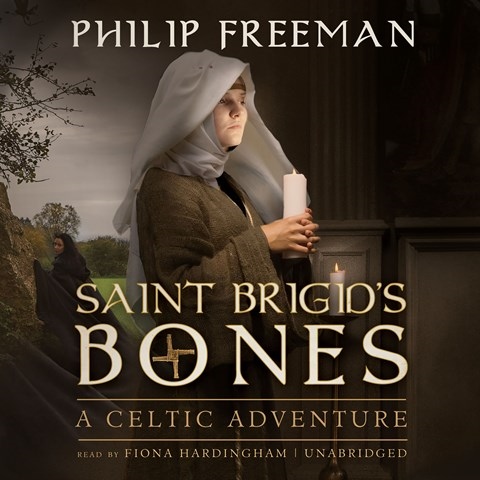 Freeman's historical mystery series set in ancient Ireland gets a fantastic launch in audio with Fiona Hardingham's beautifully articulated Irish voices. She infuses the text and dialogue with images of druids, seers, and Celtic lore--elements that transport the listener to the sixth century. The Abbess gives Sister Deirdre the job of finding some important missing bones. On her quest, Deirdre encounters her ex-husband, Fergus, the neighboring Abbot, an Irish pirate king, and her first love. Hardingham captures the essence of Fergus's duplicity, the Abbot's avarice, the sheer nerve of the pirate king, and the stern control of the Abbess. Fans of historical mysteries will be eager for the next installment. M.F.T. © AudioFile 2015, Portland, Maine [Published: MARCH 2015]