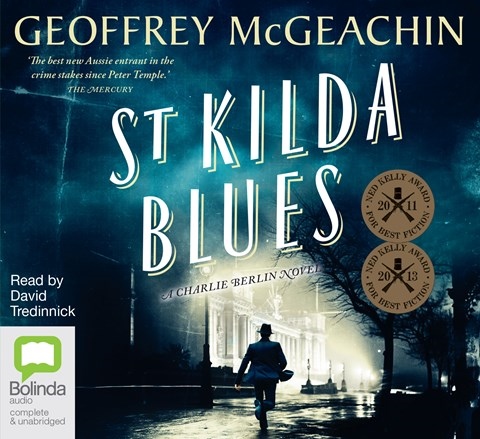 It's 1967 in Melbourne, Australia, and DS Charlie Berlin fears that the city may have its first serial killer. David Tredinnick's superlative narration enhances this compelling story. Author and narrator both create the sense of a place with change in the air—the Swinging '60s, the Vietnam War, and the many immigrants pouring in all contribute to the feeling of a city in flux. Tredinnick expertly captures Berlin, who will fight for justice no matter the personal cost. His portrayal of Berlin's amoral partner is equally engaging, as are those of the many other characters, both police and suspects. The flashbacks to Berlin’s WWII days are effectively rendered by Tredinnick without intrusion into the flow of the story. The unusual ending will surprise listeners. S.G.B. © AudioFile 2014, Portland, Maine [Published: AUGUST 2014]