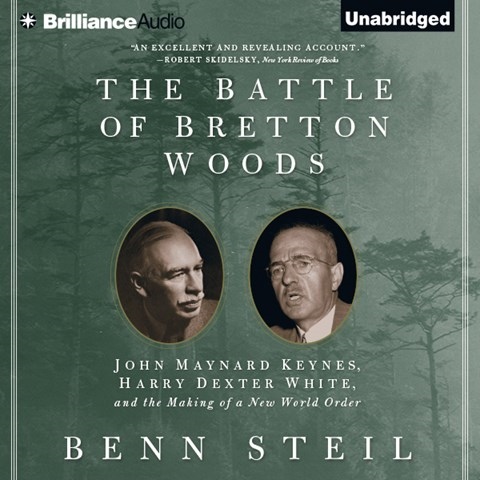 THE BATTLE OF BRETTON WOODS John Maynard Keynes, Harry Dexter White, and the Making of a New World Order

It's difficult, after 16 hours of Philip Rose's voice, not to be thinking, and even talking, in a heavy British accent. Though one hardly wants to be petty, or provincial, accent is a dominating feature of this production, and for some it may be a disqualification. The text is of significant interest to economists and social historians, and the story of the 1944 New Hampshire conference that shaped the modern world's monetary system is well told and enlightening. Though not quite listenable, this production has its virtues, in a plummy way. D.A.W. © AudioFile 2014, Portland, Maine [Published: SEPTEMBER 2014]