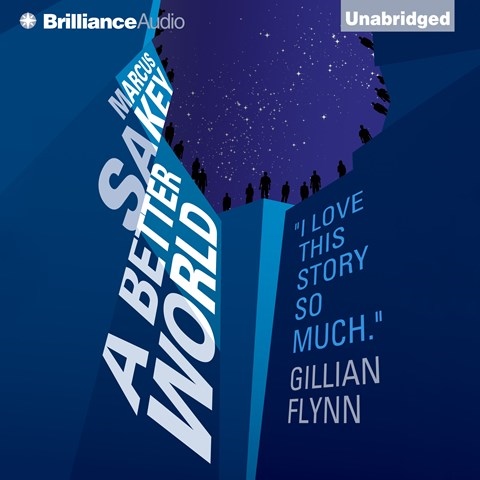 Luke Daniels's skilled narration of this sequel to the Edgar Award-nominated BRILLIANCE engages listeners with an action-packed story of intrigue, deception, and terrorism. Set in the near-future, the story picks up where the first book ends--with civil war between the "normals" and the "brilliants" looming. Daniels portrays Nick Cooper, a brilliant now forced to act as advisor to the president of the United States, in measured, edgy tones. He uses careful pacing to characterize the president's fear of the brilliants. Daniels matches voice to mood when Nick is told to infiltrate the Children of Darwin terrorist group and stop them at any cost. Well characterized and narrated, this book has a cliff-hanger ending that leaves room for another installment. G.D.W. © AudioFile 2014, Portland, Maine [Published: SEPTEMBER 2014]