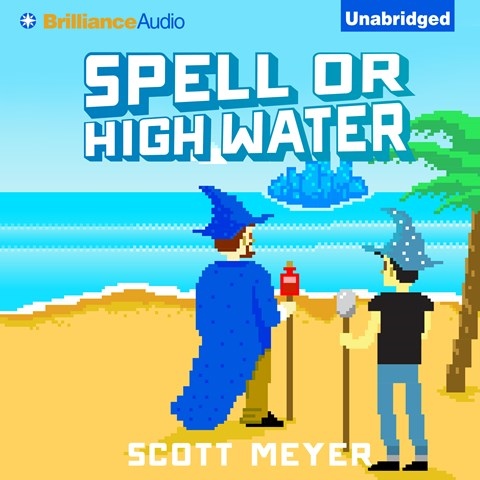 Luke Daniels's talent for accents is a true asset in a story with many characters from different locations and time periods who time travel to medieval England. Daniels dishes up a dizzying array of personas including stereotypical Brit, New Jersey mobster, California surfer dude, Scotsman, and Asian as well as Southern and Midwestern characters. Martin Banks hacks a line of computer code and escapes to medieval England, where he poses as a wizard. Too many subplots confuse the story, which even Luke Daniels's efforts cannot keep straight for the listener. M.F.T. © AudioFile 2014, Portland, Maine [Published: DECEMBER 2014]