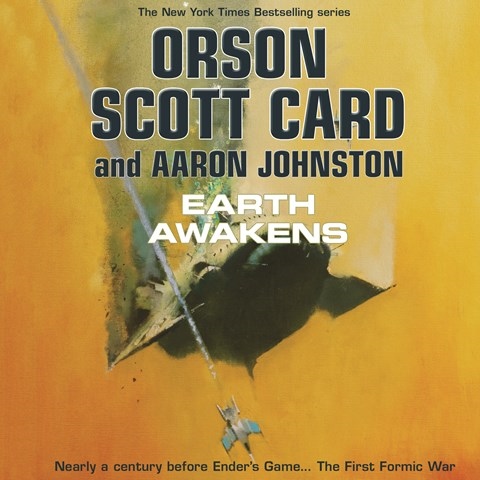 Stefan Rudnicki and 11 other narrators perform this prequel to ENDER’S GAME. Earth and Luna are deeply involved in a war against the Formics, a terrifying alien enemy. The military is slowly learning how to combat their weapons, which include a goo that destroys all humans with a touch or a breath. Rudnicki becomes a fully credible Mazer Rackham as he and his crew fight Formics on Earth and their comrades battle the Formic mothership orbiting the moon. The cast believably expresses the suspense and the characters’ terror. Listeners, beware: You won’t be able to stop listening until the last word resonates in your ears. M.B.K. © AudioFile 2015, Portland, Maine [Published: APRIL 2015]