Home»Reviews»WE ARE CALLED TO RISE 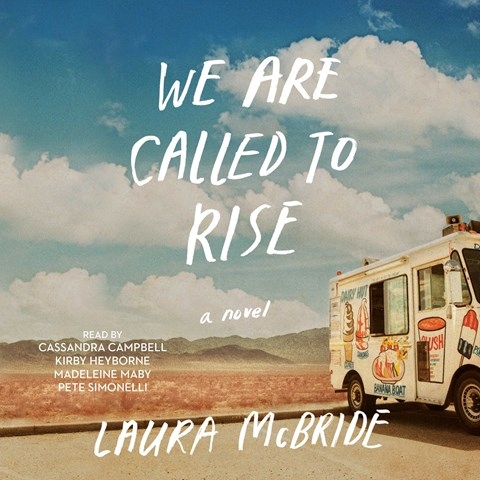 WE ARE CALLED TO RISE

Standout performances heighten the emotional fallout when four lives intersect in this timely drama set in the Las Vegas desert. Cassandra Campbell anchors the narrative with her thoughtful, often raw, portrayal of Avis, a woman who is forced to reconsider the state of her marriage and the well-being of her son. She's the most exposed and circumspect of the characters, and Campbell's narration reveals a woman burdened by experience. Kirby Heyborne complicates a familiar immigrant story through the observations of a child, Bashkim, rendered in a tender, aware voice. As Luis, Pete Simonelli captures a wounded soldier's transformation from despondency to purpose by adding pauses and depth to his gruff voice. Overall, a gripping exploration of hope and redemption. A.S. © AudioFile 2014, Portland, Maine [Published: SEPTEMBER 2014]