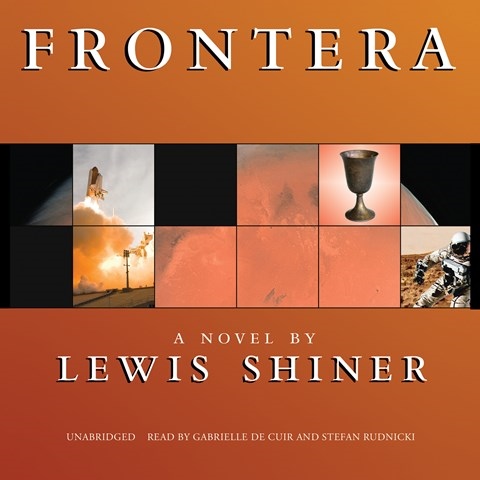 Stefan Rudnicki and Gabrielle de Cuir alternate telling the story of Frontera, an Earth colony on Mars that most of the world believes to be dead. But when Earth leaders learn that there are survivors and that they’ve made amazing scientific discoveries, once again the space race is on. Rudnicki and de Cuir take separate chapters, each imbuing the strongly written characters with engaging personalities. It's a powerful story that challenges the listener's ideas about right and wrong, humanity and science. Not portraying only male and female characters respectively, Rudnicki and de Cuir allow listeners the chance to hear the same characters speak through different voices. The story is outstanding, leaving listeners with new ways to think of humanity and science that are as incredible as they are original. M.S. © AudioFile 2015, Portland, Maine [Published: FEBRUARY 2015]