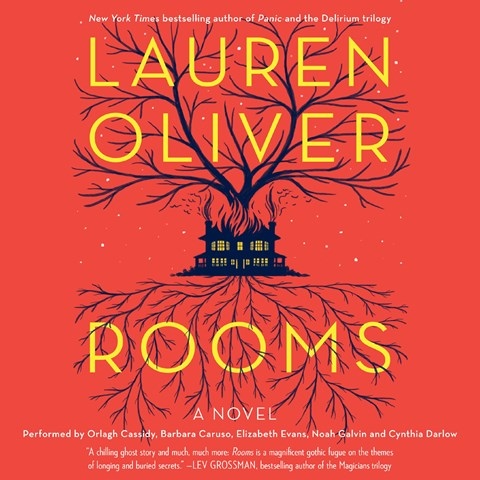 Six familiar voices narrate the newest story from Lauren Oliver. When Richard Walker passes away, his estranged family assembles at their old home to claim their inheritance and dig into the past. Each chapter is told from the point of view of a different character, members of the Walker family as well as the ghosts that are bound to the rooms of the house. Each narrator matches his or her reading to the voice of the point-of-view character—from proper and slow paced for the voice of Alice, the oldest ghost in the house, to energetic and young for Richard’s granddaughter. The variety of voicings helps the listener keep the stories straight. Each perspective adds a layer to the story, and the journey through the various rooms allows the suspense to build as the secrets of the old house are revealed. E.N. © AudioFile 2014, Portland, Maine [Published: NOVEMBER 2014]