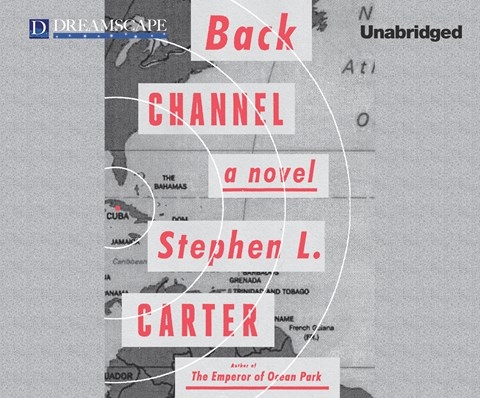 Carter’s new suspense novel presents unusual challenges for narrator Bahni Turpin, and she rises to them expertly. The setup: A patrician African-American college girl is chosen to act as a conduit for secret negotiations between JFK and Khrushchev during the terrifying public standoff of the Cuban missile crisis. Sound far-fetched? Oh, get over it. Carter makes it plausible; Margo Jensen, though young, is quite a personage and what a great cover story: yet another pretty young thing dallying with JFK. Turpin brings it crackling to life, speaking in those still familiar 1960s voices as JFK, RFK, McGeorge Bundy, Curtis LeMay, and myriad other hawks and doves, spies, and jingoists as both sides struggle to avert or precipitate nuclear war. Delicious. B.G. Winner of AudioFile Earphones Award © AudioFile 2014, Portland, Maine [Published: SEPTEMBER 2014]