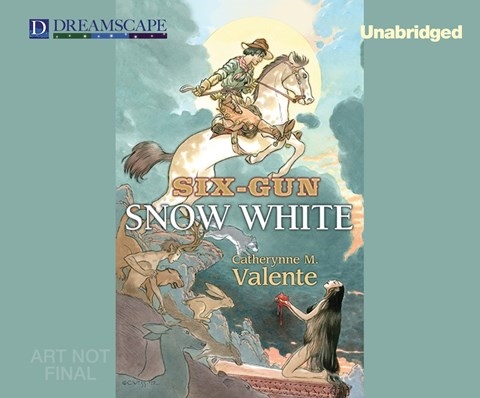 This adaptation of the classic fairy tale is superbly performed by Julia Whelan. A half-Native-American child is named Snow White by her wicked stepmother. With a sweet, youthful voice, Whelan captures Snow White’s desperation to be loved and her despair at suffering terrible abuse—until she finally flees. Whelan then switches to a rough drawl to portray Snow White as a woman on the run, living a hard life in the Wild West. Whelan’s voice reflects the evocative ambiance of this genre-crossing combination of fairy tale and Native American legend. The story itself, full of symbolism and poetic language, can be confusing. But Whelan’s storytelling never falters as she brings out the enigmatic imagery of this thought-provoking tale. M.M.G. © AudioFile 2014, Portland, Maine [Published: AUGUST 2014]