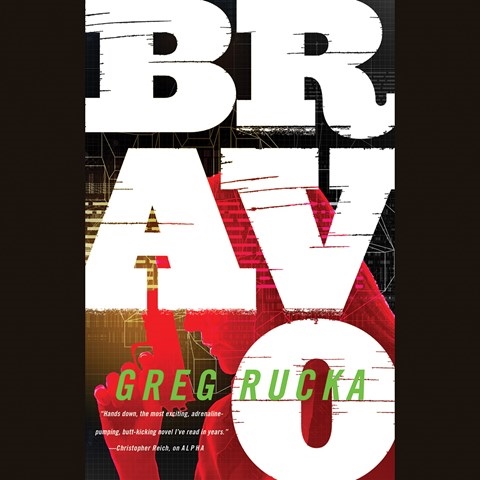 The saga of ex-Special Forces soldier Jad Bell and his special-ops team continues where the first book, ALPHA, left off. In that book the team foiled the most devastating assault ever attempted on U.S. soil; now they hunt the man who planned the attack. John Glouchevitch's portrayal captures Bell's tension and resolve as he searches for a brilliant spy nicknamed "the Architect." His portrayals of male and female characters are also compelling and authentic--from Miss Sumo, who lures men in a smoky, sultry voice, to the Architect, who has set an even more devastating attack in motion. G.D.W. © AudioFile 2014, Portland, Maine [Published: SEPTEMBER 2014]