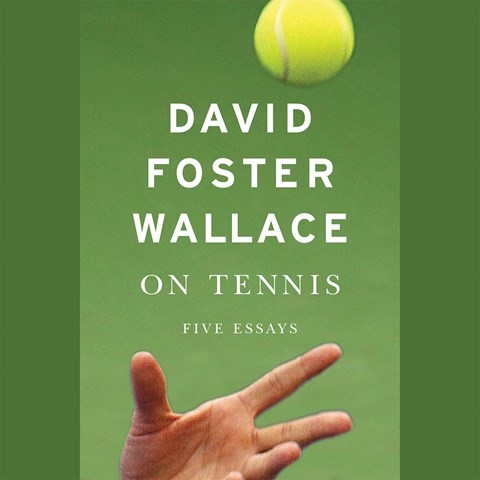 Narrator Robert Petkoff GETS David Foster Wallace. Petkoff understands the author's wit and pacing, and when to place sardonic emphasis. The late writer was a huge tennis fan, a near great junior player, and a marvelous essayist. "Derivative Sport in Tornado Alley" is laugh-out-loud funny in its description of playing on windy, rural Midwestern courts against well-trained city boys with perfect partings in their hair who melt down when shots repeatedly blow wide. "Federer Both Flesh and Not" displays Wallace's awe at the beauty of the Federer game. In a trademark footnote, he states his deep personal privilege at being alive to see an epic grand slam final between Roger Federer and Rafael Nadal, reminding us of the loss of this literary force. Petkoff has the odd mispronunciation of the myriad foreign tennis players, but overall his performance is terrific. A.B. © AudioFile 2014, Portland, Maine [Published: OCTOBER 2014]