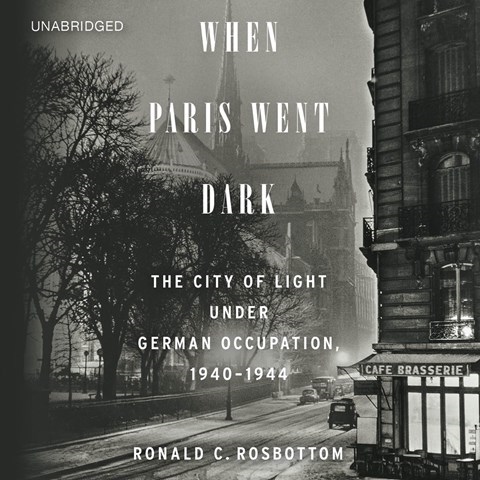 WHEN PARIS WENT DARK The City of Light under German Occupation, 1940-1944

Rosbottom's revealing study of Paris under German occupation endeavors to capture the feeling of those strange and horrifying 1,500 days. He uses an impressive range of literary, journalistic, and eyewitness sources to offer different points of view. Malcolm Hilgartner's clear, somber voice suits the tragic, complex subject. His command of both German and French allows him to effectively convey French slang and the Teutonic word choices of the Nazi regime. He presents both the horror of the occupation and its few light moments without being overdramatic. This is not a traditional chronological history. Rosbottom's inquiry moves back and forth across time in his quest to capture the essence of the City of Lights at a dark time. F.C. © AudioFile 2014, Portland, Maine [Published: SEPTEMBER 2014]