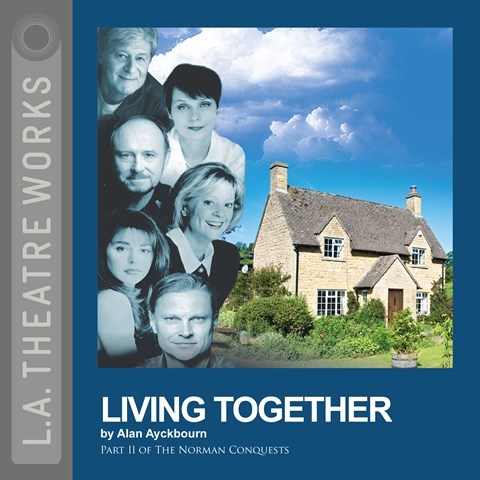 This second installment of the NORMAN CONQUESTS trilogy proves without a doubt that Ayckbourn wrote these three loosely connected one-act plays to stand alone and/or be listened to in any order. LIVING TOGETHER is a listening delight all on its own as wonderful British character actors Kenneth Danziger and Christopher Neame as Norman's brother-in-law, Reg, and the dense veterinarian next-door neighbor, Tom, hilariously stumble through the explanation of a new board game Reg has invented. The shaking of the dice and shuffling of cards also illustrates some of the spot-on sound effects used throughout the plays, which add a little color and aural detail to the recordings. B.P. © AudioFile 2014, Portland, Maine [Published: MAY 2014]