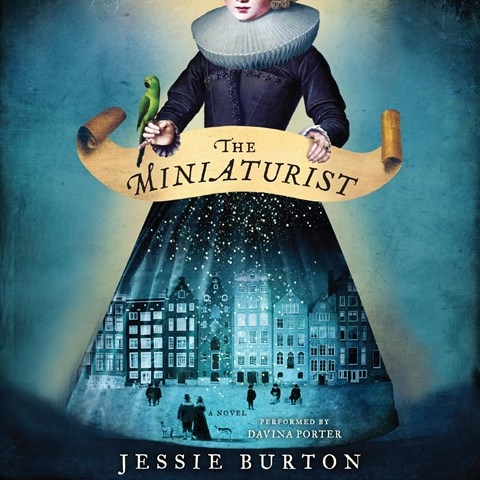 The listener is transported to Amsterdam 1686. The story starts with 18-year-old Nella Oortman, who is excitedly preparing to embark on her new married life with Johannes Brandt, a merchant. The expressive narration of Davina Porter soon shows that this is not to be a conventional marriage. The Amsterdam setting takes a back seat in this story of developing relationships between a cast of characters who become increasingly reliant on each other. Porter's narration identifies each individual distinctively and sympathetically. When Nella’s husband gives her a cabinet-sized replica of their house, Nella finds herself becoming increasingly involved with the man who makes the miniature furniture she fills it with. K.J.P. © AudioFile 2014, Portland, Maine [Published: AUGUST 2014]