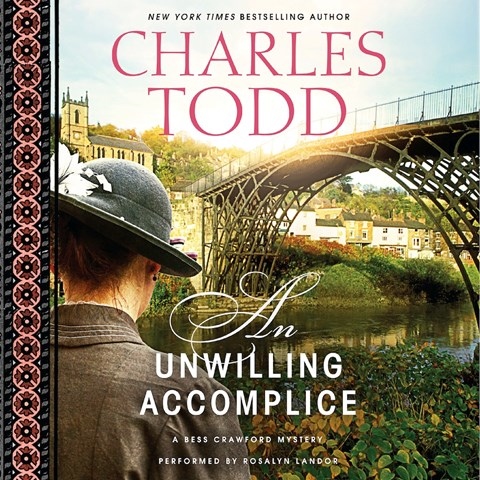 Rosalyn Landor's male voices are impressive and much in demand in nurse Bess Crawford's sixth outing. WWI is nearing its end, and Bess is asked to assist badly wounded Sergeant Wilkins to collect his medal from Buckingham Palace. Wilkins absconds from his hotel room after the ceremony, and Bess finds herself accused of aiding a deserter. Determined to clear her name, she sets out to track the missing man. Landor captures the tone of the period accurately but subtly, and in dialogue she juggles British regional variations and class distinctions with ease. Although it’s part of a well-established series, this title can be enjoyed by those new to it. C.A.T. © AudioFile 2014, Portland, Maine [Published: AUGUST 2014]