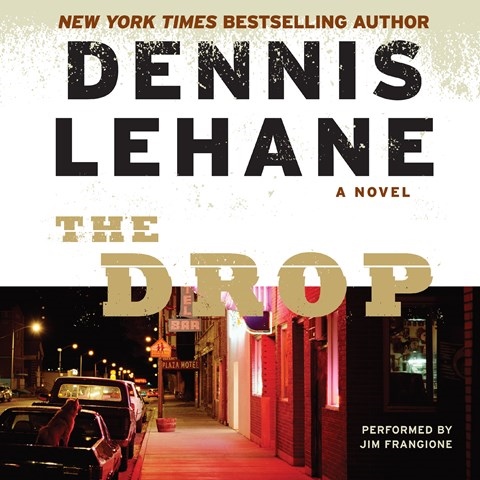 Even before the announcement that James Gandolfini would play the lead character in the movie version of THE DROP, it was clear that the character was created with him in mind. To that end, Jim Frangione performs the audiobook with a remarkable nod toward Gandolfini as Cousin Marv. It's not an imitation but enough of an echo of Gandolfini's Tony Soprano to make this book work on many levels. The writing is expert in its simplicity: The Boston-area Mob uses local bars as drop-off points for their cash, which works until there's a robbery. Marv and his well-meaning cousin, Bob, find themselves in a dangerous situation, even as Bob wrestles with his own demons. Frangione imparts a gentleness in Bob, making him the most decent person in the novel. M.S. © AudioFile 2014, Portland, Maine [Published: SEPTEMBER 2014]