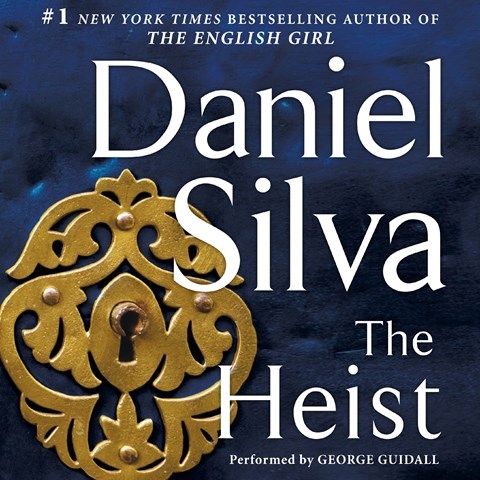 An addictive thriller from Daniel Silva performed by George Guidall is surely one of the greatest of guilty pleasures. Silva’s art restorer-spymaster, Gabriel Allon, is a grand creation: equal parts brain, conscience, nerve, and heart. Guidall’s appealing gravelly voice brings Allon to vivid life; he’s as good at women as men, he’s a master of accents, and he never drops a stitch. Pacing and attention to detail are flawless here, and if you’re a sucker for intrigue in the international art market, Silva will have you at the first track. When his tale of a stolen Caravaggio morphs into a high-tech plot to steal back billions of ill-gotten euros from a corrupt Syrian dictator, the momentum achieves warp speed. Hang onto your hat. B.G. Winner of AudioFile Earphones Award © AudioFile 2014, Portland, Maine [Published: JULY 2014]