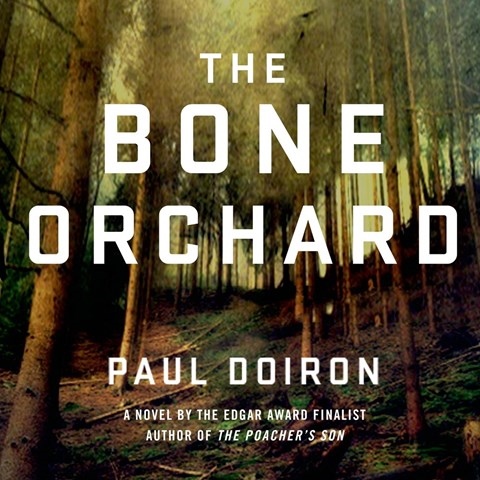 In Mike Bowditch's fifth outing, Henry Leyva's narration offers a more thoughtful hero than listeners have heard before. Mike has quit the Warden Service and is working as a fishing guide in Maine's North Woods, but that doesn't mean he's quit investigating. When Sgt. Kathy Frost, Bowditch's mentor, shoots and kills a veteran of the Afghan conflict, the consensus is that the disfigured vet committed "suicide by cop." Even so, anger runs high, and Kathy is ambushed and critically injured by a sniper's bullet. While Leyva's Down East accents are a little heavy-handed with certain over-the-top characters, he's generally credible, particularly with place names. Leyva deftly handles Bowditch's unpredictable moods, slipping easily from intense grief to being controlled and capable of logical deductions. S.J.H. © AudioFile 2014, Portland, Maine [Published: NOVEMBER 2014]