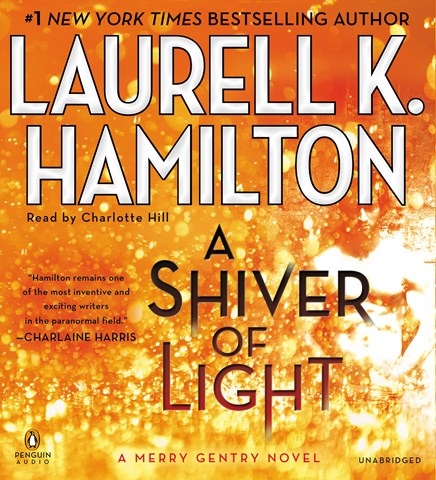 Merry Gentry, detective turned fairy princess, adjusts to her new powers in Hamilton's series. Charlotte Hill shows narrative authority as she directs complex conversations between Merry and her six lovers, who together fathered her three magical sets of triplets. This novel, composed mainly of discussion, presents unique audio challenges even as Hill's voicings provide clarity and drama. Extensive, repetitive dialogue makes it difficult for her to establish the book's narrative drive. She convincingly expresses Merry's affection for her partners, but listeners will wonder if it could be dramatized more succinctly. In the last chapters, a tragedy allows Hill to speed up the pace, but it's too little too late. C.A. © AudioFile 2014, Portland, Maine [Published: SEPTEMBER 2014]