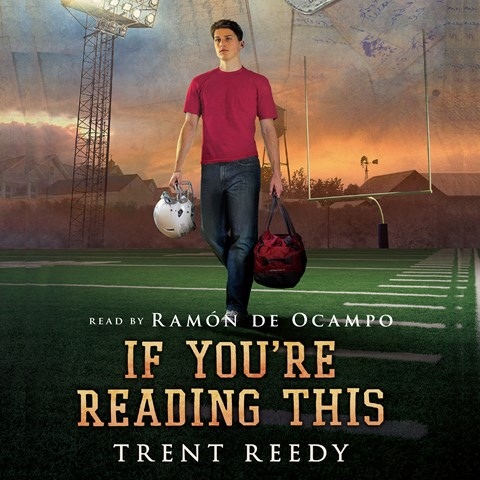 IF YOU'RE READING THIS

The dual narration team of Ramón de Ocampo and author Reedy tells a coming-of-age story that deals with friendship, advice, grief, and the everyday trials of getting through one's sophomore year of high school. As Michael Wilson's sixteenth birthday approaches, he begins receiving letters from his father, who died in Afghanistan. The narrators team up nicely, alternating between present-day characters and the reading of the letters in the voice of Michael's father. The narration captures a variety of voices--stern football coach, bratty sister, tired and overbearing mother, and girlfriend. The narrators carry the well-paced story, using both serious and lughead tones for Michael's teammates. It's an enjoyable listen that meshes mystery, sports, and teen life. M.B. © AudioFile 2015, Portland, Maine [Published: MARCH 2015]