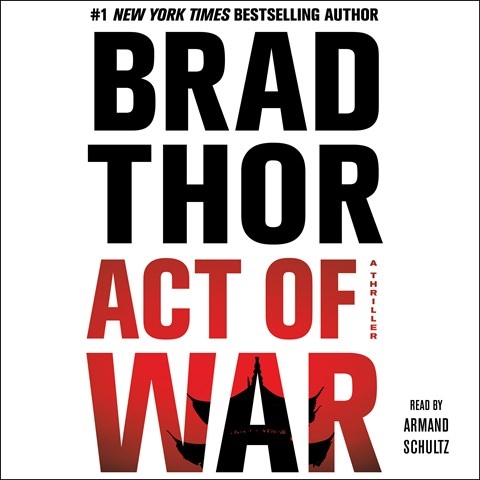 The thirteenth book in the Scot Harvath series is a riveting one, with a Seal team infiltrating the enemy abroad and the protagonist tracking operatives who have made their way into the U.S. Narrator Armand Schultz has a slew of voices to deal with, and he manages individual identities for each of them, major and minor characters alike. Harvath's boss, an older man, is given a stern, no-nonsense, slightly nasal voice. Chinese and North Korean operatives have distinctive voices and tones. A computer expert called in to help Harvath is given well-enunciated tones. While the narrator is deftly handling the cadre of voices, the author does a great job setting up the plot and crafting character profiles in this well-done thriller. M.B. © AudioFile 2014, Portland, Maine [Published: OCTOBER 2014]