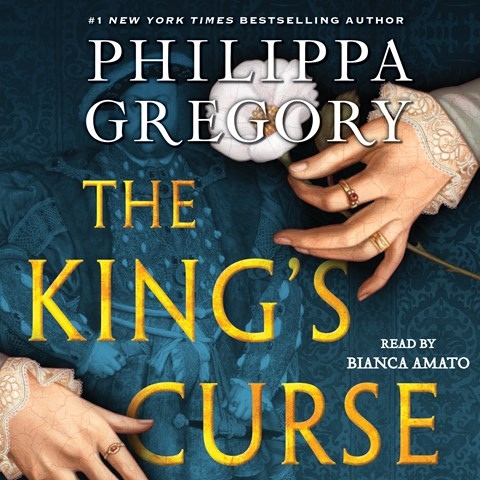 With her steady grasp of history, Philippa Gregory concludes her Cousins’ War series, re-creating the life of Margaret Pole (1473-1541), a York cousin. Thanks to Bianca Amato’s artistry, the ill-fated stories of Margaret and the House of Tudor brim with life. When Katherine of Aragon marries Arthur, Prince of Wales, Margaret becomes Katherine’s confidante and witness to the couple’s happiness. Amato inhabits every swirling intrigue as Katherine, suddenly widowed, needs Margaret’s silence so she can keep a deathbed promise to Arthur and marry his younger brother, Henry. Once they’re wed, Margaret becomes chief lady-in-waiting to Queen Katherine in Henry VIII’s court. Amato’s lovely voice and vocal flexibility create an aura of romance and mystery while sharply defining Margaret’s plight and the king’s mercurial nature. S.J.H. Winner of AudioFile Earphones Award © AudioFile 2014, Portland, Maine [Published: NOVEMBER 2014]