Home»Reviews»2 A.M. AT THE CAT'S PAJAMAS 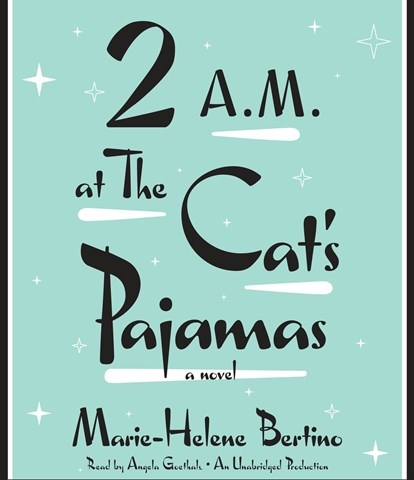 Angela Goethals’s rich and resonant voice is perfectly suited to this stirring story about three characters and one important day in their lives. Nine-year-old Madeleine, who wants to be a jazz singer, is grieving for her late mother and her inability to connect with her depressed father. Madeleine’s teacher, Sarina, is at cross-purposes with an ex-boyfriend of sorts but has hopes something may work out. And then there’s Lorca, who is doing his best to keep his jazz club afloat. Goethals delivers a range of voices for each character—deftly showcasing their insecurities and attempts to move past them. Goethals’s narration draws out words or cuts them short emphatically to capture a sense of scat singing and create the moody elegance of The Cat’s Pajamas—the jazz club where the stories of lost souls collide. M.F. Winner of AudioFile Earphones Award © AudioFile 2014, Portland, Maine [Published: JULY 2014]