Home»Reviews»IN THE KINGDOM OF ICE 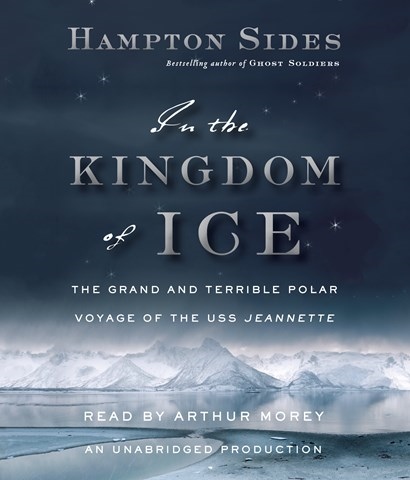 The USS JEANETTE sailed from San Francisco in 1879 with 32 crew members under Captain George Washington De Long, intent on reaching the North Pole by way of an open polar sea—which turned out not to exist. Narrator Arthur Morey’s impeccable tone and pacing portray the confidence and hopes of discovery prior to departure, the romance of De Long and his wife, the gravitas of the expedition’s situation when the ship sinks after two years of being stuck in the ice, the race to beat winter across 1,000 miles to Siberia, and the harsh beauty of the unforgiving landscape. Hampton Sides goes down multiple tangents with colorful characters, and Morey maintains our rapt attention. This may be a long listen, but it’s so thrilling and tragic that it just whizzes by. A.B. 2015 Audies Finalist © AudioFile 2014, Portland, Maine [Published: AUGUST 2014]