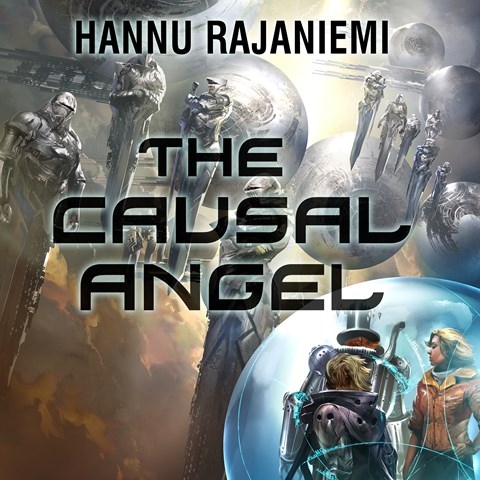 The final book in Finnish author Rajaniemi's trilogy begins as the universe's final battle looms. Narrator Roger Wayne's well-paced reading suits the introspective journeys of the story's introspective protagonists. Having failed in his latest scheme, master thief Jean le Flambeur seeks not only to be redeemed but also to rescue his partner, Mieli, who makes an attractive target for almost every group involved in the war. Listeners unused to conceptual science fiction may find themselves struggling to grasp parts of the plot as the story moves around in time and portrays various warring groups. Starting with the first book in the trilogy, THE QUANTAM THIEF, is strongly recommended. J.M. © AudioFile 2014, Portland, Maine [Published: OCTOBER 2014]