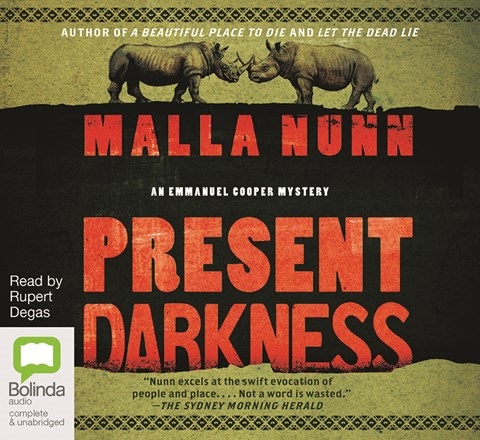 It's 1953 in Johannesburg, and apartheid is still new. DS Emmanuel Cooper feels compelled to help his friend, Shabalala, free his son after a false arrest. Narrator Rupert Degas captures every character and nuance to perfection. Since Cooper has a girlfriend and daughter of mixed race, he must be careful when he challenges his brutal boss. Along with the ability to create a growing sense of unease, Degas portrays characters vividly, his best being Fatty, a nightclub owner with a rough yet flirtatious voice. Cooper, a WWII vet, also hears his Scottish major's voice in his head from time to time, when he needs guidance. Listeners will eagerly await his witty advice. Together, Nunn and Degas give a realistic view of a divided South Africa. S.G.B. Winner of AudioFile Earphones Award © AudioFile 2014, Portland, Maine [Published: AUGUST 2014]