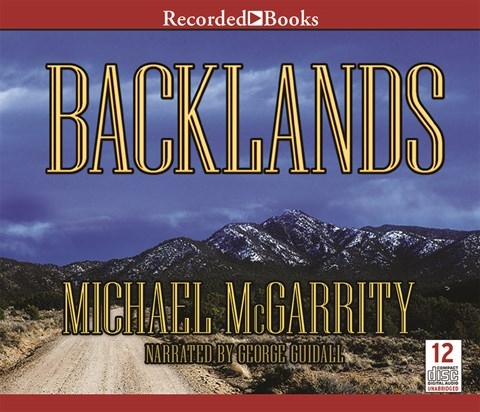 BACKLANDS A Novel of the American West

Golden Voice George Guidall will hook listeners with his performance of this novel. The story of Kevin Kearney’s family takes place on a ranch in the Tularosa Basin of southeastern New Mexico from 1920 through WWII. From prosperous times with plentiful rain through the period of the Dust Bowl, the Depression, and the war, the Kearney family ranch survives. Guidall’s voice imbues each character with his or her own accent and intonation. He moves flawlessly between Hispanic, Texan, and Boston accents, from male to female, and back again. As characters age, Guidall’s portrayal evolves, usually becoming grittier. Overall, his reading brings every scene to life as this twentieth-century history of the American West unfolds. M.B.K. Winner of AudioFile Earphones Award © AudioFile 2014, Portland, Maine [Published: SEPTEMBER 2014]