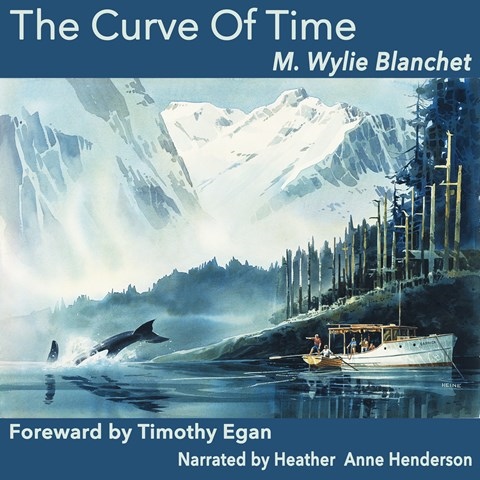 THE CURVE OF TIME

In the 1920s and ‘30s, Blanchet took her five children on a series of summer adventures through the straits and islands of coastal British Columbia in a small boat. Narrator Heather Anne Henderson delivers this collection of her stories as if they’re soothing and upbeat bedtime tales. In dreamlike, timeless style, the book describes the extraordinary landscapes, animals, and people the family encountered. Blanchet offers a kind of nature writing now almost forgotten; free of scientific explanation or environmental agenda, it’s simply personal and sensory. Henderson’s rendition generally meshes with Blanchet’s style. She has a clear and well-paced delivery, and she’s taken the time to master the crazy quilt of First Nation names appended to the magnificent landscape through which Blanchet sailed. A delight. F.C. © AudioFile 2015, Portland, Maine [Published: JANUARY 2015]