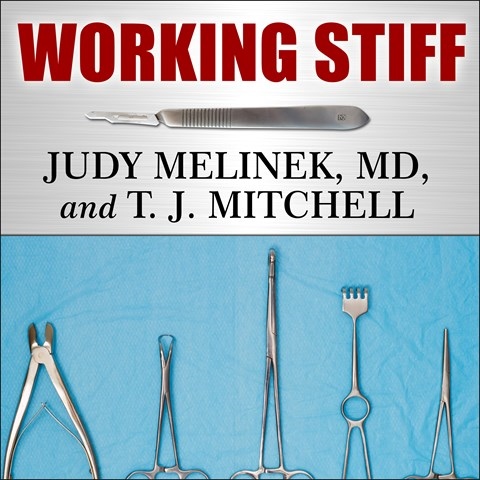 WORKING STIFF Two Years, 262 Bodies, and the Making of a Medical Examiner

Dr. Judy Melinek has a job few of us can imagine doing. She's a forensic pathologist whose tasks on the job include investigating deaths, performing autopsies, and interacting with grieving family members. Narrator Tanya Eby brings life to the dead and the stories their bodies tell. Eby captures Melinek's intellect, conscientiousness, and dark wit as she confronts difficult situations such as examining victims of murder and suicide and inventorying body parts from the September 11 terrorist attacks as well as from another plane crash a few months later. Eby presents a well-rounded picture of a wife and mother who happens to practice what many would consider a dark profession. S.E.G. Winner of AudioFile Earphones Award © AudioFile 2014, Portland, Maine [Published: AUGUST 2014]