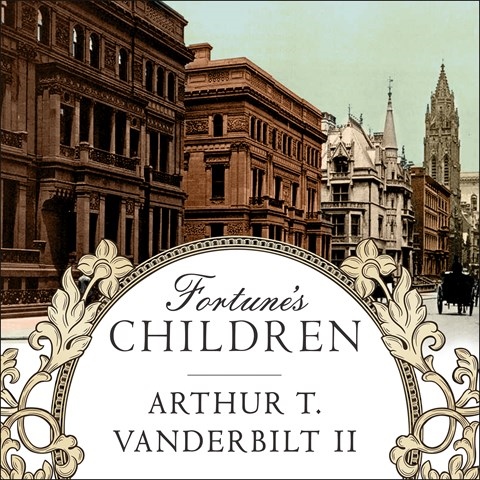 FORTUNE'S CHILDREN The Fall of the House of Vanderbilt

Cornelius Vanderbilt, who was called the Commodore, saw one steamboat give way to a fleet, and then to trains. Likewise, his family saw one mansion on Staten Island grow into several, as described in this book by descendant Arthur T. Vanderbilt II. Patrick Lawlor gives voice to the Commodore with an intimidating bluntness. The other Vanderbilt family members, as portrayed by Lawlor, mostly sound in awe of him. Still, as the author cheerfully describes society parties and mansions, listeners can hear a tone of amusement at the instances of excessive luxury, such as footmen bearing ice cream for the kids. The family's gilt may be gone, but stories that shift from industriousness to custody battles recall a golden past. J.A.S. © AudioFile 2014, Portland, Maine [Published: NOVEMBER 2014]